DARIOSH (Digital Achaemenid Royal Inscription Open Schema Hypertext) is an international research project dedicated to the study of the royal Achaemenid inscriptions (6th– 4th centuries BC) in ancient Persian, Elamite and Babylonian from an interlinguistic perspective. The project is based on Italian-Iranian cooperation between ISMEO (formerly IsIAO), University of Naples “L’Orientale” and the National Museum of Iran (Tehran), with the collaboration of other institutions including the University of Tuscia, Viterbo, the Parsa-Pasargade Foundation (Iran) and the Louvre Museum, Paris.

The main goal of DARIOSH is to prepare a new edition of the entire Achaemenid inscription corpus, currently available in non-homogeneous publications (some more than a century old), while hundreds of fragments are still unpublished and unclassified. By June 2016 DARIOSH had catalogued all the in situ inscriptions of Persepolis and the fragments preserved in the deposit of the National Museum of Iran (Tehran), the Museum of Persepolis and the Louvre.

Particular attention is paid to the characteristics of the material on which the inscriptions are carved, and to the production of a new high-resolution photographic documentation of them. Using the data collected, the drafting of palaeographic and lexical inventories of the individual languages with interlinguistic correspondences was started. All the project’s results will be utilizable by means of a digital platform that will allow continuous updating of the corpus and collaboration  between scholars. DARIOSH is designed as an interdisciplinary research system which will benefit epigraphists, philologists, archaeologists and historians of the ancient world.

DARIOSH it was partially funded by 3 PRIN (Progetti di Rilevante Interesse Nazionale) programmes and has produced numerous detailed studies on text production and inscription translation strategies, as well as two volumes in the series DARIOSH Studies. 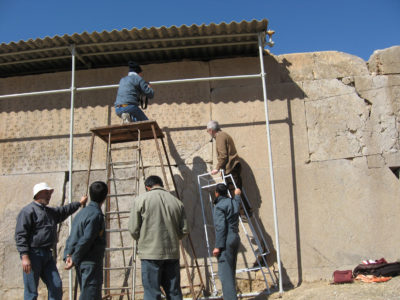 On-site study of DPd-g inscriptions on the southern wall of the Terrace of Persepoli (January-February 2008). 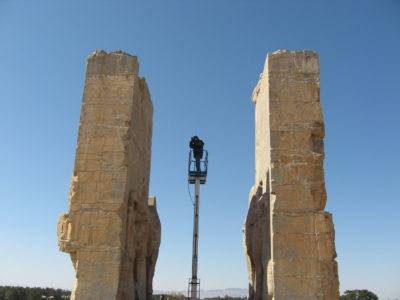 Production of the new photographic documentation of all the copies of the XPa inscription on the passages of the gate of Xerxes I to Persepolis (January-February 2008). 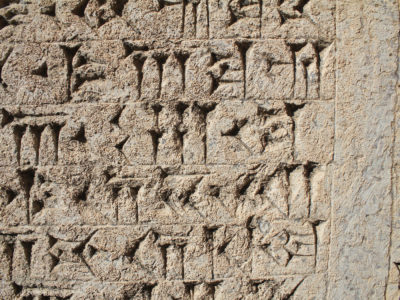 Detail of the right side of column II, lines 68-71, of the Ancient Persian text of the great inscription of Bisotun, with the number 25 (line 69, in the centre) part of a dating formula (February 2014). 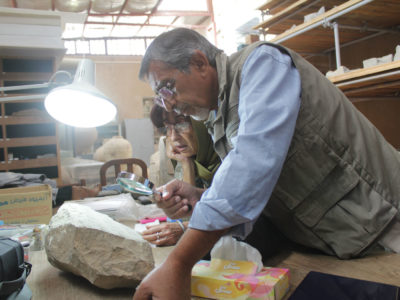 Verification of the authenticity of an unpublished inscription in the Persepolis Museum deposit with the collaboration of Hassan Rahsaz, restorer and worked stone expert of the Parsa-Pasargade Foundation (November 2010). 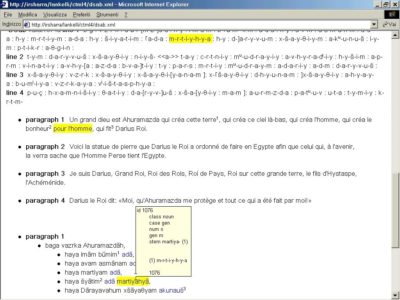 Example of use of a digital text with simultaneous highlighting of a word in the various display modes (transliteration, transcription, structural and morphological analysis). 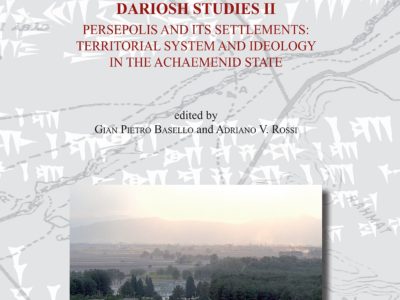 Cover of the volume Persepolis and Its Settlements: Territorial System and Ideology in the Achaemenid State (DARIOSH Studies II) published by the University of Naples “L’Orientale” in 2012.