On February 24, the archaeological site of Hatra, currently under restoration and rehabilitation, was officially inaugurated in a public ceremony. The project is carried out by SBAH (The State Board for Antiquities & Heritage of Iraq) in collaboration with ALIPH (The International alliance for the protection of heritage in conflict areas – Switzerland) and ISMEO –The International Association for Mediterranean and Oriental Studies (Italy). The setting was the same temples and compound that in 2014 witnessed the first ruinous attacks by DAESH-ISIS on the Iraqi archaeological and cultural heritage. At the time, media widely reported the scenes of vandalism and destruction of Hatra’s ancient statues and architectural features. Now, the same sculptures, sadly shattered on the ground, have been recovered, fully restored and returned to their original locations, and now revealed for the first time. Thanks to joint efforts and international cooperation, this outstanding monumental site is slowly returning to its original conditions and meaning: one of the most important places for the history of the nation, and, at the same time, a promise of a fast resurrection of Iraqi touristic networks and industry. 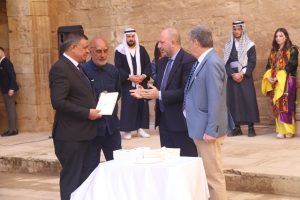 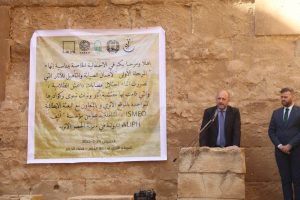 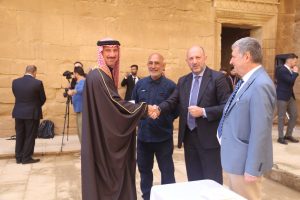 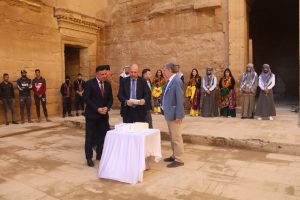 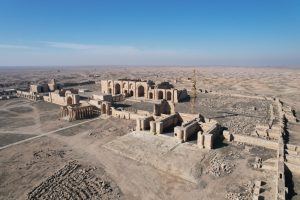 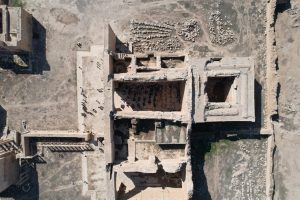 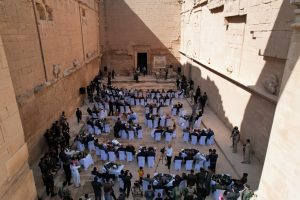 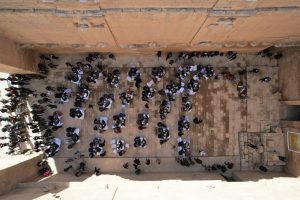