The Iranian-Italian Archaeological Mission to South-Eastern Iran operates since about 10 years in the Halil Rud valley and in the Jazmurian basin of Sistan-Baluchistan. Here, in close collaboration with scholars of the Universities of Jiroft and Tehran (Nasir Eskandari, Co-Director with M. Vidale) and colleagues of the Archaeological Museum of Zahedan (Mohammad Heidary), we carried out different documentation projects on surveys and excavations previously carried out in Iran, and only partially published.

At present, the Mission is currently operating on the field, with surveys and limited test trenches on mounds of the northern part of the Halil valley. The main goal, so far, has been to reconstruct a local archaeological sequence, that stretches from the early 7th millennium BC to the historical period; and to publish a series of exceptional finds recovered from irregular excavations that anyhow deserve to be known and secured to our archives.

On the background of what can seem an arid scheme of layers, pottery and radiocarbon dates, we look at the perspective to reconstruct the history of the lost civilization of ancient Marḫaši, with its peculiar art, writing system and early urban hubs. The Mission is at work also on the prehistory of Sistan, the old theatre of many outstanding Italian discoveries, collaborating with Zahedan University (Hossein Ali Kavosh, Reza Naseri) in the publication of important sites excavated at various distances from the main site of Shahri Sokhta. 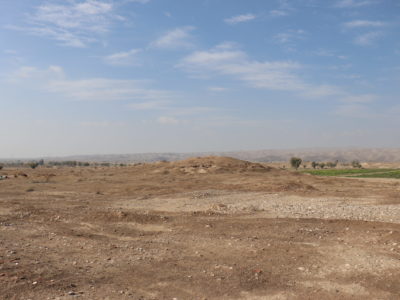 Fig. 1. View of the 4th millennium BC site of Hajiabad-Varamin, systematically surveyed by the mission in February 2019. 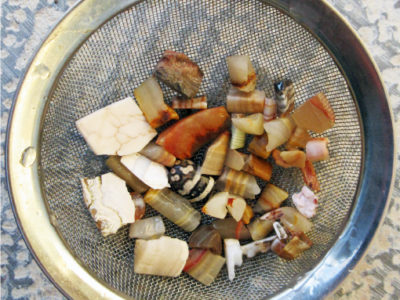 Fig. 2. Broken beads in various semiprecious stones found on the surface of a craft area at Hajiabad-Varamin, February 2019. 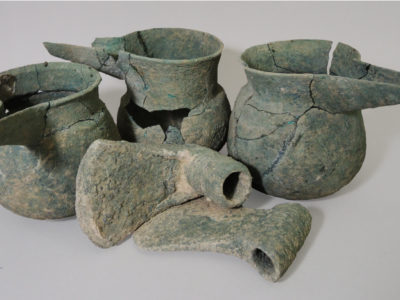 Fig. 3. A hoard of axes and copper vessels discovered on the surface of Hajiabad-Varamin, February 2019. 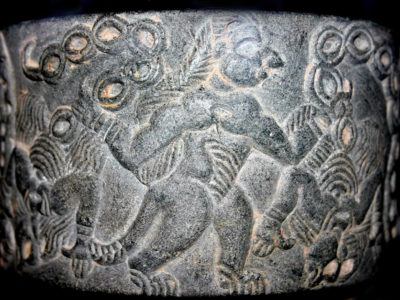 Fig. 4. The art of ancient Marḫaši: a lion-man fighting against scorpion-men (c. 2400 BC). Chlorite vessel at the Museum of Jiroft. 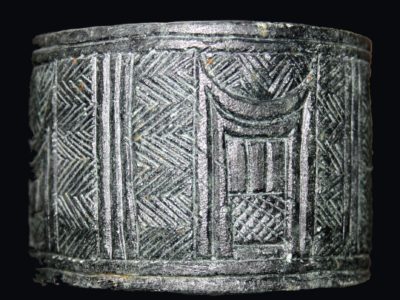 Fig. 5. A cylindrical vessel in chlorite with an architectural pattern (c. 2400 BC). Chlorite vessel at the Museum of Jiroft. 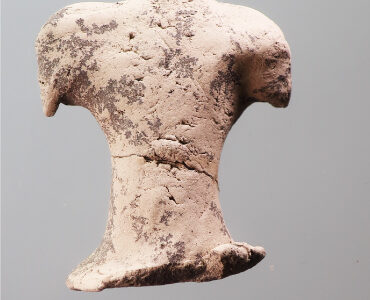 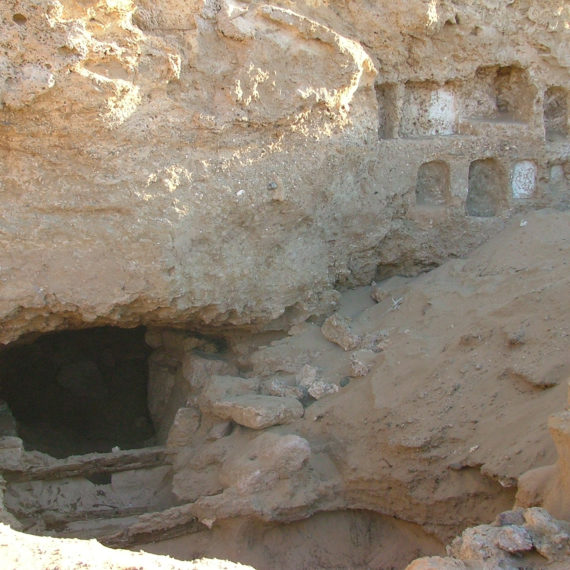